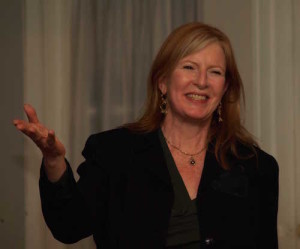 Her passion is inspired by the love, challenge and beauty of science and arts from her first jobs in an uncle’s foreign film and main stage theaters in Buffalo, NY; as Marketing Director for the historic Goldenrod Showboat on the St. Louis riverfront; the Heritage Square Opera House in the foothills of the Rockies in Golden, Colorado; and Comedy Works in Denver’s historic Larimer Square.

She has canvassed and lobbied for the Ralph Nader-inspired Public Interest Research Group (PIRG); worked as a writer-editor for the Sierra Club; served on the board of the Colorado Environmental Coalition;  taught a recycling program in Denver Public Schools; and wrote a play on nuclear arms produced as a college musical.

In California Gail has worked as a journalist for The Independent news in Livermore and as coordinator for newspaper-sponsored festivals. Environmental science inspires educational and advocacy work nationally with Al Gore’s Climate Reality Project, and in California with groups such as the League of Women Voters, for which she’s worked for 25 years on various boards and committees at the state, regional and local levels as an activist, administrator and reporter on San Francisco Bay Area and California State environmental issues. She works with the Berkeley League Climate Team focusing on legislation and climate science outreach and co-chairs an environmental group founded by the late Elizabeth Schickele, a physicist whose shared her passion for science and art.

True Change happens when we embrace reality.
Today, we know climate disruption is the biggest challenge humanity has ever faced. At Climate Reality, we also know that the solutions are right in front of us. We can create a healthy, sustainable, and prosperous future by making a global shift from dirty fossil fuels to clean, renewable energies like solar and wind. Our leaders aren’t going to do it on their own. So we’re bringing millions together to make them, demanding change with a collective voice so loud and forceful they have no choice but to help shape the clean-energy future we need.

To learn more about Climate Talks and Custom Slide Presentations contact us by clicking here.